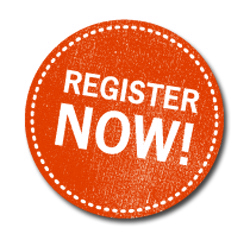 On August 9, 2015, Cross and Crown Lutheran Church conducted its final worship service and fellowship meal, and the buildings and property were sold on December 7, 2015. This concluded several years of efforts to “turn around” the ministry of Cross and Crown church, which also operated a preschool. Pastor Gary Christensen was called as pastor in December 2008 following his service as Mission Director for the ELCA in the Southeastern Synod. Despite their best efforts, the “turnaround” wasn’t successful, and Pastor Gary concluded his ministry at Cross and Crown in spring 2015. When asked about his service, Pastor Gary had this to say, “Although our efforts at transformation weren’t successful in the traditional sense, we were very successful in our discernment of God’s will for the congregation of CCLC. The resulting two million dollars in legacy gifts will continue to bear witness to our unswerving belief that, at the end of our ministry, God richly blessed us to be a blessing to others.” The congregation then wrestled with whether to merge with another area congregation, to sell the property and operate as a “storefront” congregation, or to enact a “holy closure.” They opted for “holy closure,” as explained by Gary Olson, congregation president, who led Cross and Cross through the difficult process. It is interesting to note that Olson was a member of the congregation back in the 1970’s before leaving the Atlanta area because of a transfer in his work. It was natural for Olson to reconnect with Cross and Crown church upon his recent return to the Atlanta area. Congregational members allocated the proceeds to a variety of ministries with nearly $185,000 going to Lutheranch. The largest contribution went to Lutheran Theological Southern Seminary to establish a tuition endowment for students. Other ministries receiving sizeable gifts included Lutheran Disaster Relief, Christ the King Lutheran, Norcross, where many members are worshipping, ELCA Mission Development, Lutheran Services Georgia and the ELCA World Hunger/Malaria Campaign. Together with over $40,000 that congregational members had previously contributed to Standing on the Promise campaign for Lutheranch, the congregation was able to name two “corridors” in the new retreat center at Lutheranch. A schematic of the retreat center is pictured at left. If all goes as planned, construction on the retreat center will begin in summer 2016! Cross and Crown joined two other Southeastern Synod congregations, who had previously made legacy gifts to Lutheranch when they concluded their ministry as congregations. St. Timothy, Forest Park concluded its ministry in 2012, and they made a gift to name the St. Timothy Great Room in the center, which will serve as the location for dining, worship, and meeting. St. James, Norcross, GA made a gift in 2014 to name the entrance road that will be known as St. James Way. While it is difficult to close a congregation after 48 years of ministry, Cross and Crown members can rejoice in knowing that their congregation’s ministry will continue to live on at Lutheranch and many other Lutheran ministries. Pastor Gary concluded his remarks by saying, “I hope and pray that more congregations faced with a decision of “holy closure” will follow the bold example of Cross & Crown and share their remaining financial assets with the larger church and our church-related institutions and mission initiatives.” His inspirational words of hope and promise are echoed through the scripture now found on the Cross and Crown Lutheran Church Facebook page, “Don’t be afraid. I know you are looking for Jesus who was crucified. He is not here! For he has been resurrected, just as he said.” The Cross and Crown church gift helped enable the Standing on the Promise campaign to reach the $4.9 million goal to build the retreat center at Lutheranch. However, construction costs have increased significantly since the building was designed and an additional $800,000 is needed to fully fund construction. If you would like to “Complete the Dream” for Lutheranch, contact Keith Trout at ktrout@novusway.com or phone (864) 313-1453.